Influencer marketing isn’t really a new concept when you consider how celebrity endorsements have been around for decades. Companies have traditionally spent billions on high-profile celebrities to endorse their products, tapping into the star power held by movie stars, models, athletes, and entertainers. 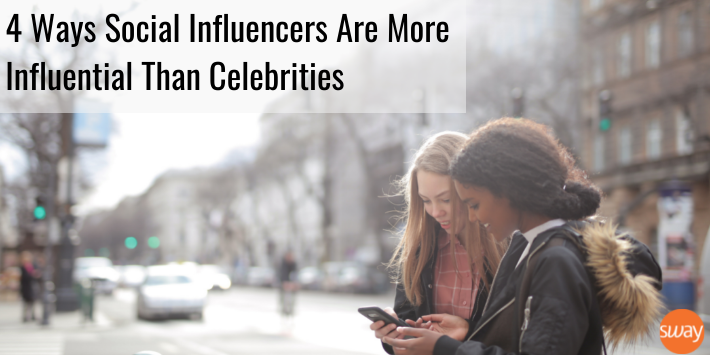 These splashy, wildly expensive marketing deals are still happening today, but for brands who need to be more strategic with their budget, influencer marketing offers plenty of benefits over the old-school endorsement.

At its heart, influencer marketing is similar to any VIP endorsement: it’s a company paying a person with an established audience to endorse their brand.

However, there are strategic differences that social media influencers provide, which can be even more effective for brands than working with a household name.

Celebrities’ primary endorsement power comes from them being popular, famous, recognizable, etc. That’s often said about social media influencers, but the truth is that many of today’s creators are viewed as experts in their areas of focus.

A celebrity isn’t typically perceived as being knowledgeable about the brands they promote, or even particularly authentic in their endorsements. In comparison, consider the effect of:

Influencers have often built up audiences through their expertise on a specific subject, as well as their ability to engage with their followers. They’re (typically) far more relatable than celebrities, and their endorsements carry more weight because of their credibility and trustworthiness.

The great rise of influencer marketing can largely be attributed to influencers’ ability to interact and engage with a targeted audience on a personal, relatable level.

Influencers provide the personal touch: they use their platform to create communities and build personal connections with the people who follow them. They’re more likely to share personal stories and images, offer candid insight into their lives, and engage with followers via comments or direct messages.

Today’s consumers, particularly millennials, aren’t easily swayed by celebrities. In a survey of US millennial internet users from Roth Capital Partners, the vast majority of respondents, 78%, either had a negative view of celebrity-level endorsements or were indifferent to the practice with regard to making a purchase.

It may not seem intuitive, but as an influencer’s follower count rises, their rate of engagement decreases. The largest accounts offer dubious access to sprawling mass audiences, whereas smaller accounts can provide incredibly targeted opportunities for authentic consumer connections.

Big celebrities bring the potential for big scandals. Of course, high-profile social media influencers have certainly captured headlines with their own misconduct. It can seem as though once an influencer achieves a certain level of fame and notoriety, the inevitable controversy isn’t too far behind.

The truth is, online creator partnerships can turn into a brand PR nightmare all too quickly when high-profile names are involved. Non-celebrity influencers just don’t attract the same potentially negative attention as the macro accounts.

That doesn’t mean that a smaller influencer is impervious to scandal — but it’s much less likely that any missteps they make will snowball into a viral storm of bad publicity.

Let’s start with the obvious: hiring a celebrity to endorse a product is an extremely expensive strategy, one that can cost millions of dollars.

Social media influencers who have follower counts in the millions are also expensive to work with, but typically on a much lesser scale. Influencers also come in all shapes and sizes, which means brands have all sorts of options when it comes to budget.

One of the biggest variables in your influencer marketing budget comes down to audience numbers. At Sway Group, we define influencers by the following audience size criteria: 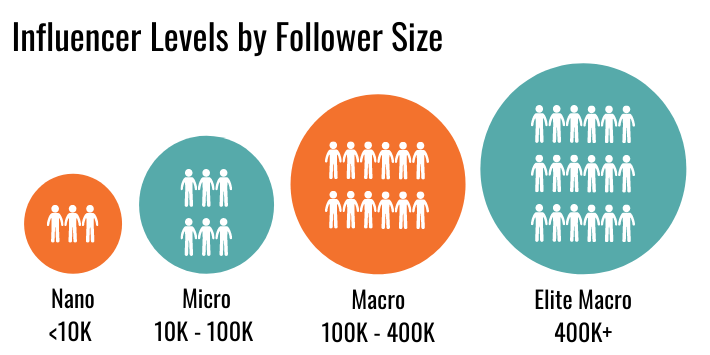 Every influencer marketing campaign is unique, and influencer costs can be affected in a great variety of ways. However, even the most popular influencers are more affordable than working with an A-list celebrity.

In the End, It’s All About Value and Quality

Celebrity worship isn’t likely to disappear any time soon, but their worlds are largely unattainable to most people. They aren’t as relatable, which makes it harder for audiences to connect with their promotions.

This is where influencer marketing truly shines, with diverse creators of all kinds who can share brand messaging in a way that feels like a genuine recommendation from a trusted friend.

The evolution and growth of influencer marketing — as well as its digital ecosystems — have shown brands there are plenty of better alternatives to the old-school celebrity endorsement. Partnering with a famous celebrity might capture some brief attention, but influencer marketing can add more value to brands in the long term.

Ready to Get Started? Contact us today to learn more about how we develop exceptional results-driven influencer marketing campaigns.