What is BeReal: A Quick Guide for Brands with Bonus BeReal Marketing Tips

After reaching the #1 spot in the Apple App Store in July 2022, the BeReal app has garnered a lot of attention and engagement. Its rapid rise to popularity has users curious about what the app is and has brands wondering how they fit into this no-ads no-influencers equation.

Below, we’ve prepared a quick guide to BeReal to catch you up to speed and give you a few creative tips for how to position your brand on this unique app.

What is the BeReal app?

BeReal is a photo-sharing social network that prompts users to post one unfiltered, in-the-moment photo daily. The posting time changes every day to keep users on their toes, and there’s a two-minute posting window that forces users to be spontaneous and authentic.

The BeReal app was created in 2020 by Alexis Barreyat and Kevin Perreau in France. The pair wanted to create a social app that broke away from mainstream social media, which has become oversaturated with inauthentic depictions of meticulously curated lives.

What is the Point of BeReal?

BeReal gets back to the basics: the app’s features prohibit ads and sponsored content, prevent any user from attaining influencer status, and specifically circulates content for a short-term experience (meaning no hours of mindless scrolling).

Above, we refer to BeReal as a social network instead of a social platform because the app isn’t about content or sharing information. BeReal prioritizes connection and focuses on the value of real-world experiences instead of trying to keep users in the app. Users can share what they’re up to, keep up with their friends, and nothing more.

How Did BeReal Launch?

As an app without any ad, sponsor, or monetization features, you might be wondering how BeReal was able to launch and grow.

BeReal started with seed money from investors. Developers received $30 million in funding in 2021 and an additional $60 million in late 2022.

BeReal’s grassroots approach to attracting users fell well in line with their mission and values. Instead of seeking sponsorships or endorsements, they targeted their ideal audience directly. The app took off in the summer of 2022 after a successful college ambassador campaign that primarily appealed to Gen Z’ers. 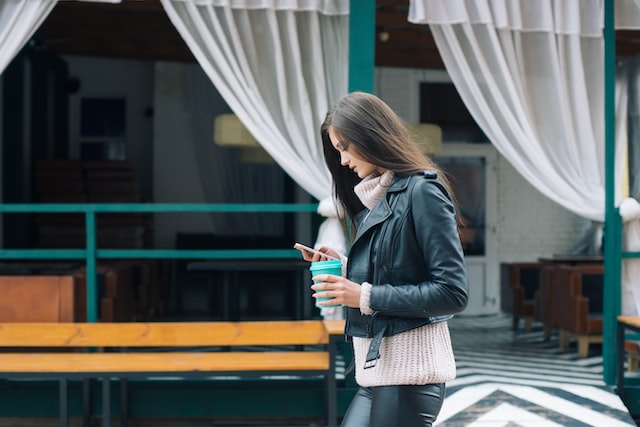 How Does BeReal Work?

Every day, at a random time, users receive a notification to “Be Real” when it’s time to post. They have a 2-minute window to capture and post. Posting times are random but synchronized, meaning all friends are prompted to post at the same time. A user is only able to see their friends’ posts or public posts after they’ve published their own post for the day.

Users only receive 1 notification from the BeReal app when it’s time to post their photo for the day.

One notification combats the psychology behind push notifications. Apps like Instagram, TikTok, Twitter, and Facebook send constant notifications, all in an attempt to capture and keep user’s attention. Notifications (of likes, comments, messages, news, and more) become addictive on purpose. BeReal’s one notification prompts short term app activity so that users can get back to their real lives.

One of BeReal’s unique features is that all posts include a simultaneous capture from the front and back camera. The idea is that users’ friends can see the user and see what they’re doing.

The way BeReal facilitates user connection prevents anyone from rising to influencer status. Users have friends, not followers, and can grow their friend groups by adding contacts or sending friend requests through the Discovery page.

The number of friends a user has doesn’t impact their “standing” within the app. It just means they can see more BeReals after they post their own.

Instead of likes or comments, the app uses RealMojis, which involves users taking a selfie of themselves to show their reaction to another user’s BeReal.

And since all of the content disappears (reactions too) no one user can amass higher status than another.

The BeReal Discovery tab allows users to discover content posted by users outside of their friend group. The Discovery tab is only viewable after the user posts their BeReal for the day.

BeReals disappear from the app feed after 24 hours. By limiting the buildup of content on the feed to what was posted that day, BeReal encourages users to continue with life outside of the app.

After BeReals disappear, users can access their own posts (reactions included) in their Memories. Users can elect to not have Memories, so the app doesn’t save and store their data.

BeReals are private by default, allowing users to share with and see their friends only. Users can select to make a post public, which will add it to the BeReal Discovery page where other public users can see and react to the post.

Can BeReal See if You Screenshot?

BeReal is an app that keeps users honest. If users post after the 2-minute window passes, the post will be flagged as late. If users delete their BeReal and repost, the app will flag the retake (Users can retake photos as much as they want within the 2-minute window). And if users screenshot BeReals, the app will flag the post for the original poster to see.

Yes, users can delete BeReals! Here’s how to delete a BeReal:

As an app without ad, sponsorship, or monetization features, you might be wondering how your brand can participate and whether or not it’s even worth it. The truth is BeReal is not going to benefit every brand. If your brand is highly-dependent upon edited, planned, and curated content, then investing resources in BeReal might not give you the ROI you’re looking for.

With that being said, there are some ways that brands can get involved on BeReal. The app primarily appeals to Gen Z’ers, who engage with ads that don’t feel like ads and prefer to consume authentic content. So, here are a few ways your brand can get active on BeReal:

Again, these strategies aren’t relevant to every brand. Plus, without infrastructure for advertising and marketing in the app, the chances of getting a significant return on the time and resources you invest in adding BeReal to your social media marketing strategy might not be up to par with other social media platforms.

How BeReal is Changing Social Media

BeReal is not the first app of its kind, but the success it has seen within 2022 has garnered unmatched attention and is inspiring competitors to keep up. TikTok recently came out with TikTok Now: a feature where users are prompted once daily to post a picture – captured from the front and back camera. Users can’t see other TikTok Nows until they’ve posted theirs. Similarly, Instagram is developing a Dual Camera Mode.

BeReal stands out because it’s successful without doing too much and without letting ads impact the user experience. The question now is whether or not the app will last without generating revenue.